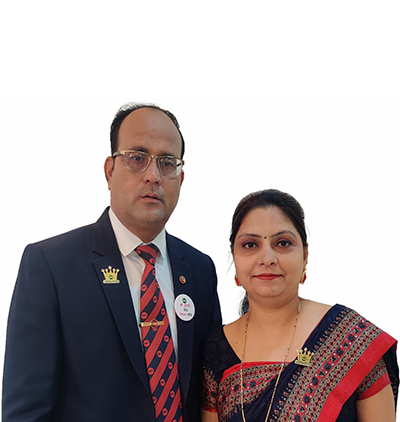 Raj Sharma belongs to a middle-class family of latur, Maharashtra. He took birth on 21 January 1980. His father’s name is Ram Kishori Sharma and mother is Sushila Sharma. In their family, they are three siblings, two brothers and a sister. His father was a real estate agent who always tried to provide each and everything to his family.

He completed his primary education at the local school of Latur. Then to pursue his further education, he went to Ahmednagar city where he completed the rest of his studies. Moreover, he had done diploma in pharmacy there. He wanted to continue his studies but due to financial issues, he had to quit his education.

After completing his diploma, he started a new business with his brother. Later, he decided to do a job in his own field. He worked on medical store for two years where he was paid with rupees 250 monthly salary. He continued that job for two years. It was not sufficient for him to run his expenses so he started a wholesale medical business which was continued for four years. Because of the shortage of money, he had to shut down his business.

At that time, he was completely devastated but it was his mother who always supported him. People criticized him but he never let his morale down. While doing wholesale medical business, he came through a direct selling company. Furthermore, he worked in that company from 2009 to 2015, everything was going great but due to some reasons company shut down.

After some time, one of his friends Manoj Padole invited him to meet and told him about the miraculous benefits of IMC’s Shri Tulsi. Besides, Mr. Raj Sharma was quite astonished to know about the amazing and fruitful benefits of Shri Tulsi. For a very long time, his mother and he himself were suffering from acidity. To deal with that problem, they started to use IMC’s Shri Tulsi.

Within few days, they both get relieved from that trouble. Mr.Raj Sharma got impressed with IMC’s fabulous products and started his journey in IMC business on 1st March 2015. He put his first step towards success by achieving the Fast Super Star level just in three days.

Then in the third month, he attained Ruby star and his income reached above 90,000. These achievements build his trust in IMC and he fastened his efforts to reach his next goals.

Thus, in November 2015, he obtained Chairman Star level and began to earn more than 2,50000. To be successful in IMC business, he achieved other levels one by one. In 2016, he hit Ambassador star level. His constant achievements motivated him to be on the top level of IMC business at that time. To meet his target, he worked day in day out. In February 2021, he cracked Crown President level and get added to the Crorepati club.

Currently, he is living a prosperous life, residing in his three-story house at Latur. He says, It was my mother who always stands beside me whenever I felt low while struggling days. I am always thankful to my mother.

After starting his business in IMC, he owns three cars.

Mr. Raj Sharma’s team includes 24 Chairman level associates. He always helps them to grow and to achieve their goals and targets.